Tools on other systems

First thing I did, once I got all the cards reseated, replaced the CMOS battery, and reseated some drives, was firing up the Reference Disk.

Once that was done, I started configuring the RAIDs, and trying to get drives going. I couldn’t get the biggest drives going, but that’s OK.

Once I got the drives going, and fought with the CD-ROM for a while and got it going, I installed OS/2. That required that I write the OS/2 floppy images (did it from within a VM on OS/2,) and then add the DAC960.ADD and DAC960.SNP from OS/2 to them, so the SCSI controller would be recognized.

Once OS/2 was installed, I wrote out the P/390 disk images, and installed that software. (Hint: while there may be disk1 through disk6 folders in that microcode zip, don’t use them.) I decided to grab the LIC disk, and merge it with the contents of the disk7 folder, and renamed the volume to P390 DIAG, which was needed to install the Licensed Internal Code, or the microcode.

At that point, I decided the best approach would be, while I had that disk in the drive, to go ahead and run the P/390 diagnostics. They passed: 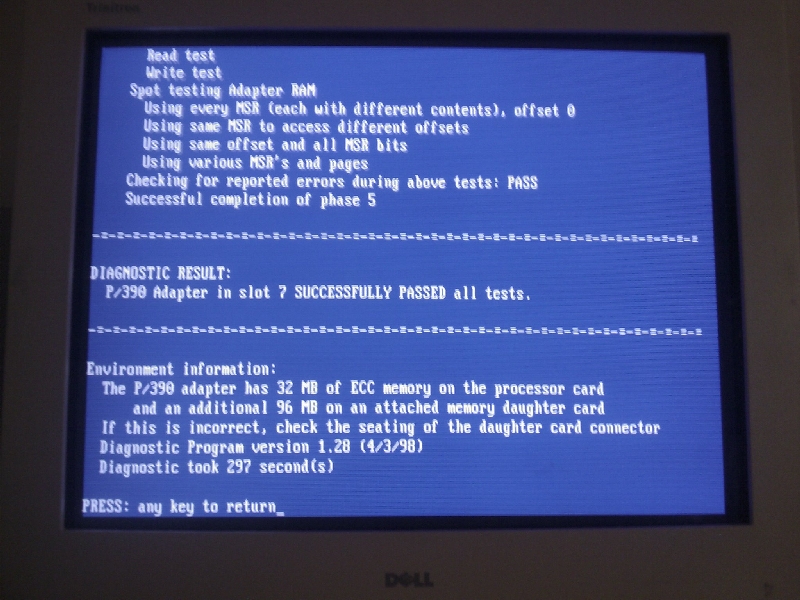 With that success, it was time to install Personal Communications/3270 TCP/IP Entry Level, IBM’s free TN3270 client, which would be used as the console for the mainframe. Unzipped all of those files into a folder, and ran the installer, and now I had one more piece of the puzzle.

Finally, to install VM/ESA. I ended up having to copy some files over the network (for some reason, it wasn’t reading the CD,) but it otherwise installed fine. 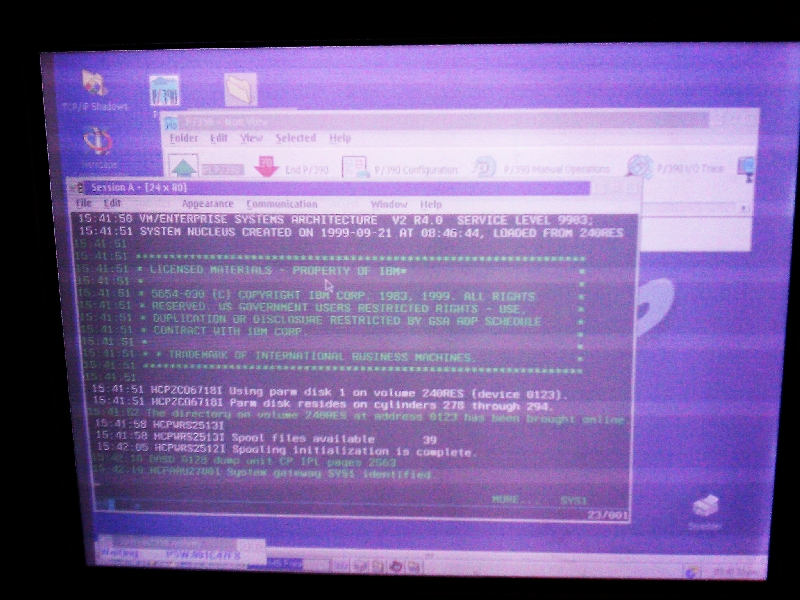 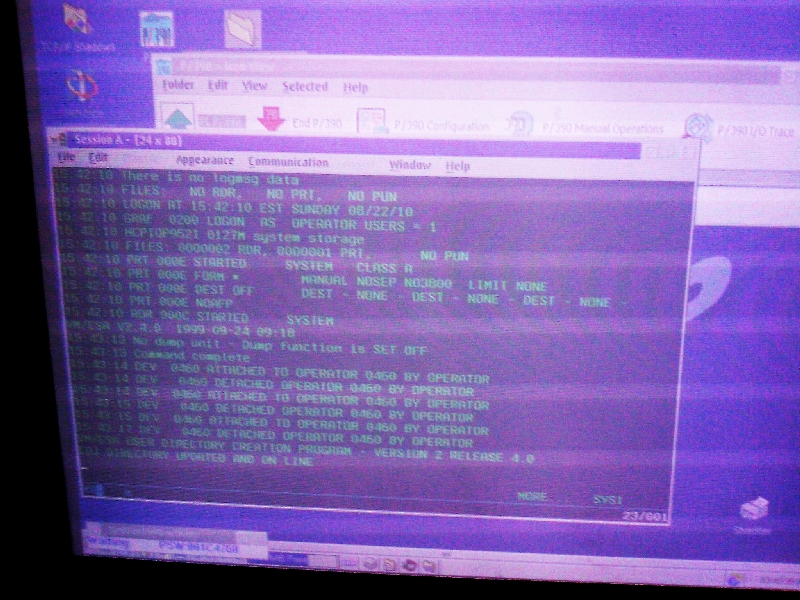 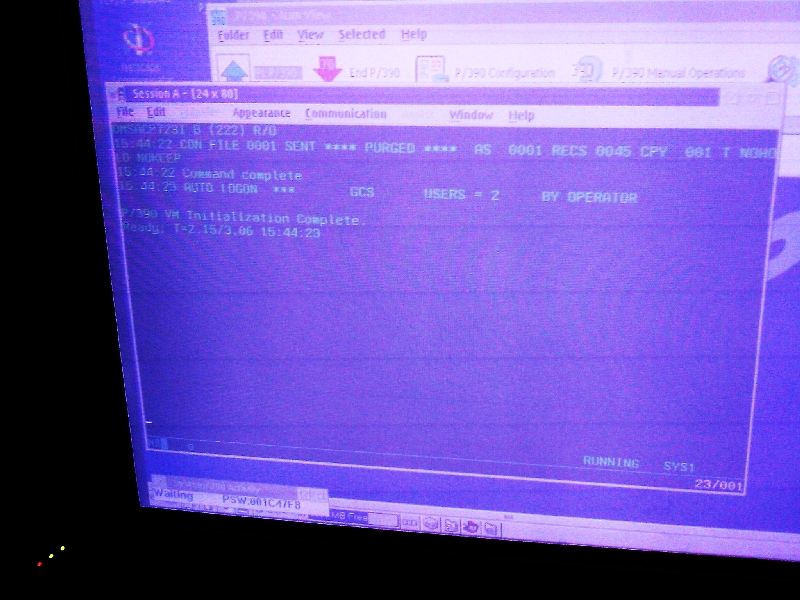 And that’s how you get a circa-1995 micro-mainframe running.

Problems are that the third bay of drives aren’t set up properly yet, the graphics output gets very dim as it’s running (you can see in the IPL images that I’ve had to enhance the contrast a lot,) and I don’t have a driver for the Olicom 10/100 Ethernet card. Other than that, it seems to be pretty good to go.

7 Replies to “Just got the “mainframe” running!”